Do Your Kids Eat MacDonalds as an Occasional Treat?

Do you consider McDonalds is OK as an occasional treat?

Here’s a question for you: would you feed your kids with chemicals giving off vapour and overflowing from a beaker?

I would assume you answered NO.

Why? Because not everything that tastes good, or served at a restaurant, is ok to eat.

Do you know that if you leave any McDonalds menu items out on your counter for a period of one year it will look the same as it did the day it was purchased?

Don’t believe me? A picture is worth a thousand words, see for yourself:

Real food should spoil at some point, if it doesn’t it is NOT FOOD, and therefore no one should be eating this, especially kids!

It makes one wonder what chemical constituent is preventing Mcdonalds menu items from spoiling?

In the 2004 movie “Supersize Me”, then-32-year-old Morgan Spurlock ate only McDonalds for 30 days. As a result, he gained 24½ lbs. a 13% body mass increase, increased his cholesterol to 230 mg/dL, and experienced mood swings, sexual dysfunction, and fat accumulation in his liver. It took Spurlock fourteen months to lose the weight gained from his experiment.

More and more “food items” are being manipulated these days, and therefore more and more people want to know where their food comes from and more about how it was made. People want to feel comfortable about what they’re putting into their bodies, and on their children’s plates. In an effort to appeal to people seeking real food, McDonalds has hopped aboard the transparency train attempting to dispel doubt about what’s exactly inside their food.

While the company lists 19 ingredients, they use several ingredients in multiple parts of the recipe so removing the duplicates, the actual total number of ingredients is 14:

1. Potatoes – well, at least they start with real potatoes….

2. Canola oil – most canola oil is now genetically-modified (the safety of GMO foods is unproven and a growing body of research connects these foods with health concerns and environmental damage)

4. Hydrogenated soybean oil – the hydrogenation process makes the oil more saturated (meaning turning it from liquid to solid in room temperature) than it would be in its natural form, and therefore very unhealthy for the body.

5. “Natural” beef flavour – McDonalds natural beef flavour is apparently obtained from a vegetable source. Still, the term “natural” means nothing since it can potentially contain the nerve- and brain-toxin monosodium glutamate (aka MSG).

6. Hydrolyzed wheat – the process of hydrolyzation is done to enhances the flavour and stimulate our taste buds. In other words, to fool our bodies that something that is not food actually tastes like food.

7. Hydrolyzed milk –  a flavour enhancer as well as an excitotoxin (damages our brain tissue)

9. Dimethylpolysiloxane – This is “just” an anti-foaming agent. Oh, and it’s an industrial chemical that is commonly used in vinegary-smelling silicone caulks, adhesives, and aquarium sealants, a component in silicone grease and other silicone based lubricants, as well as in de-foaming agents, mold release agents, damping fluids, heat transfer fluids, polishes, cosmetics, hair conditioners and comes with a list of safety concerns. By the way, it’s also an ingredient used to make Silly Putty.

Are we concerned yet?

Europe actually regulates Dimethylpolysiloxane because they know this man-made chemical was never intended to be consumed by humans. There have been no major studies conducted on the safety of dimethylpolysiloxane in food by the FDA or the Food Industry since it was approved in 1998, but the food industry is allowed to use it in anything they want.

Dimethylpolysiloxane was also commonly used as a filler fluid in breast implants, however this substance has started to be phased out due to safety concerns. If this substance is considered to be a hazardous ingredient when it’s placed inside our bodies, it makes you wonder, how can the FDA allow us to eat it?

It’s a common ingredient in other fast foods as well. Well, don’t worry too much, McDonalds says their use of dimethylpolysiloxane is “small” and it primarily helps ensure safety by preventing hot oil from boiling over. And anyhow, it’s approved for food use by both the FDA and Health Canada.

Thanks McDonalds we feel much better now. Not.

11. Sodium acid pyrophosphate – A chemical preservative that “controls greying” – and one that the FDA does not allow in foods claiming to be “all natural.” This ingredient is apparently used to maintain the colour of the fries.  On the chemical industry’s own safety data sheets it is listed as hazardous for ingestion, which is exactly what you’ll be doing if you eat those French fries.

12. Salt – this would be the more heavily processed table salt which usually contains an additive to prevent clumping, not the mineral-rich sea salt which retains the trace elements.

13. Corn oil – like its canola and soybean counterparts is now primarily made of genetically-modified corn.

14. TBHQ – the full name, “tertiary-butylhydroquinone” doesn’t sound nearly as appetizing, especially given that it’s a petroleum-based, butane-like chemical that is used as a preservative. It has been linked to asthma, skin conditions, hormone disruption, and in long-term animal studies to cancer and damage to DNA.

Shouldn’t French Fries be Made Only From Potatoes, Oil and Salt?

In the UK they are. The McDonalds fries in the UK fries actually are restricted to potatoes, two kinds of oil, and (sometimes) dextrose. The salt is added after cooking. Interesting.

Want to know how the fries are made?

There are a series of steps:

Step 1 – Receiving The Potato from the farm.

Step 2 – Cutting The Potato: They take a mix of Russet Burbank, Ranger Russet, Umatilla Russet and Shepody potatoes where they then cut, bleach and put into a cutting machine that perfectly crafts the fries at a speed of 60 to 70 mph.

Step 3 – Ingredient Dip: This step is where the cut fries enter a bath full of sauces.

Dextrose is sprayed onto all of the fries, to make sure they maintain their golden colour.

To ensure that they stay that way, sodium acid pyrophosphate is added to stop them from turning grey.

Step 4 – Partial Frying: This is where they are fried and salted for a first time to give them that crisp taste. Of course, they’re fried yet a second time once they are in McDonalds restaurants.

Step 5 – Freezing: This is where they are flash-frozen to help preserve the fries so they can remain edible after being transported.

Step 6 – Ready To Serve: Fry them up one last time, place them in the classic McDonalds wrapper and sell the product.

Does your mouth still water at the thought of McD’s fries? I hope after reading the above, it doesn’t.

Eating chemical brew is not ok. It’s not a treat. It’s unnecessary. And it’s bad for health.

Not ingesting chemical brew is a choice that we can make. I truly don’t believe that McDonalds (and other fast food chains) is at all ok for anyone to be eating. I still hear people insist that they grew up with this stuff and they are fine. Or, simply, they “don’t care”. There are a lot more toxins in the world today then there were when we were growing up.

What will it take for you to care?

Are you waiting for a reason to care?

Are you waiting for the body to start shutting down, or to start attacking itself, or for parts to just stop working?

Do you need a serious medical issue to occur to you or your child for you to start caring?

I already experienced the medical emergency, and I have witnessed it in many others, and I can tell you that it’s not worth the wait.

I know what you are thinking, and no, it probably won’t result from the occasional meal at McDonalds, but if you continuously don’t care about any of it, then all the other things combined do add up. It’s smarter to start caring now. Control what you can and prevent it before it occurs, instead of having to deal with the nastiness that results after, when the parts of the body stop functioning properly.

I think that if you control what you can most of the time, then it’s ok to indulge some of the time.

But not at McDonalds.

You don’t have to live “off the grid” on a farm growing your own food and living at one with nature. You don’t have to change your life overnight either. But you can make small changes each day, which will add up, and in the long run you will be healthier and happier for the simple changes that you make.

It’s your life, your family. It’s totally up to you.

We would love to hear from you!

Do you eat at McDonalds? How do you feel after reading this article? Or maybe you already avoid fast food chains? Why? What are your challenges? Do your family members support or don’t support your decision? Let’s start a discussion in the comments section below. This is an important topic for us moms to discuss.

2 thoughts on “Why No Child Should Be Eating McDonalds Ever!” 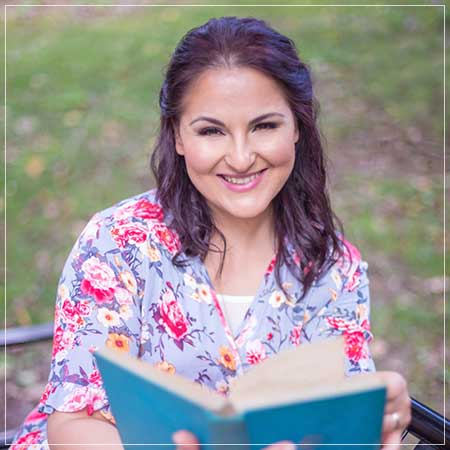